A rewrite of Lolikins’ rewrite (which I never finished), sort of.
Made in Python instead of PHP which gives a couple of quite nice advantages such as:

Oh and I have someone helping me out actively this time (which means it’ll probably be finished too).

As usual there’s some changes I did to the quote database such as infi-scroll (you know, the thing that makes the page continue loading while you scroll on twitter and such) which… doesn’t work quite as I want it to just yet but oh well.

There’s a project I’ll announce when it’s ready (some of you may already know but keep it to yourselves).

The quote database I work on (Akyu) have been updated to 0.2 recently (24th August).
This changed some things:

END_OF_DOCUMENT_TOKEN_TO_BE_REPLACED

So… I just thought I’d post some updates to keep this blog from being idle for way too long.

As you might know (at least if you checked out the Projects tab) I’m working on an irclib, so I thought I’d give you a bit of a preview on how the actual ircbot looks from the command-line.

Sadly it seems like the coloring and stuff will be Linux only since it requires an extra (3rd-party, not Microsoft) executable for Windows.

END_OF_DOCUMENT_TOKEN_TO_BE_REPLACED 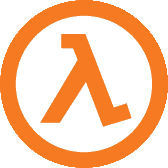 As a belated follow up to my post on C# Anonymous Methods, let’s look at a closely related feature of the CLS: lambda expressions.  Then let’s use a lambda expression to improve the code example from that earlier article. END_OF_DOCUMENT_TOKEN_TO_BE_REPLACED

To continue ChalamiuS’ theme of C# goodness, let’s explore a feature of C# introduced in version 2 of the CLS: the anonymous method. Along the way we’ll also encounter Generics and Object Initializers, but they are not the focus of this post.
END_OF_DOCUMENT_TOKEN_TO_BE_REPLACED